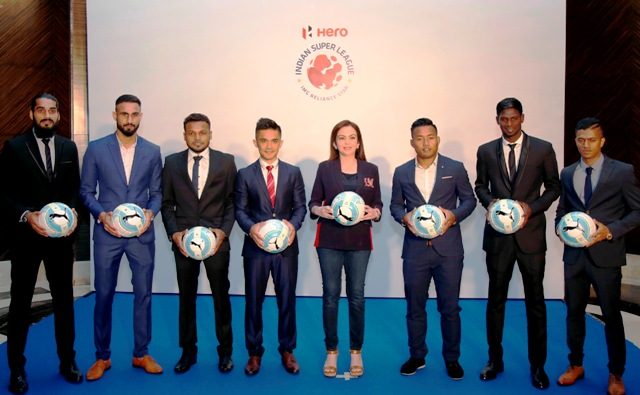 Mumbai, July 23, 2017: On the back of strengthening club participation from eight to ten teams in the Hero Indian Super League, its soaring viewership and the league’s commitment to grassroots football paying off, Mrs. Nita Ambani, Chairperson, Football Sports Development Limited (FSDL) on Sunday said, that India is undergoing a football renaissance and that the newer, longer league would be more exciting and player-friendly.

“It is going to be an exciting new journey, a longer season, kicking off this November.Both in terms of number of matches moving up from 61 to 95 and the duration from two and a half months to five months. The longer season will ensure sufficient rest for players between thematches and will help in the quality of play getting better. I am also happy that we are seeing greater interest from corporates to be associated with ISL,” Mrs. Nita Ambani said during the opening address at the Hero ISL Indian Player Draft today.

MrsAmbani announced that Hero MotoCorp has extended their association with Indian football as the lead sponsor for the next three years, at 25 million USD.

MrsAmbani also welcomed the two new teams Jamshedpur FC and Bengaluru FC. “A very special welcome to the two new clubs – Jamshedpur FC promoted by Tata Steel and Bengaluru FC promoted by JSW. The Tatas have had a rich legacy of promoting football in India.The Jindals have a strong fan base in Bengaluru and have been a great supporter of Indian football. We are delighted to have both these groups join Hero ISL and I am sure this partnership and support will further strengthen our league,” she said.

Listing out the achievements of the Hero ISL over the last three seasons, Mrs. Ambani said that the league had “rekindled” love for the beautiful game in India, which now ranks 96th in the world from 173 in 2015.

“Let us cherish and celebrate this renaissance of Indian football. I want to congratulate all of you for your passion and commitment – not just to the ISL, but to our larger vision of creating a holistic football ecosystem in the country,” she said.

Underlining the importance of grassroots development, she congratulated all the clubs for the commitment to the philosophy.“Right from the inception, grassroots has been at the heart of Hero ISL; and I am glad that all ISL clubs share this passion. The ISL grassroots and Reliance Foundation Youth Sports have already reached out to over 3.3 million youngsters across the country. These programmes have provided all the clubs with a unique platform to scout young talent,” she said.

Three players who had been scouted through Reliance Foundation Youth Sports programme are a part of today’s draft she said, while also singling out several examples of young talent from the RFYS, who now stood on the cusp of being professional footballers.

Mrs. Nita Ambani also congratulated the Indian women cricket team for the stellar performance which had “won a billion hearts with their grit and talent!” 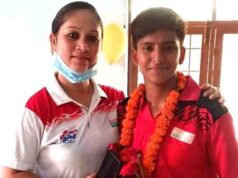 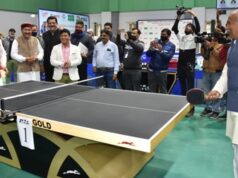 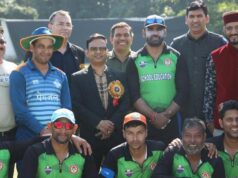